Massive line-up of events in June

There's so much to see and do in the heritage city of Ipswich this June, find out what's on in this list.
30 May 2019
Discover Ipswich, Staff Writer
Share
Share
Tweet
Pin
Pocket
Email
Back
Home / Inside Stories / Massive line-up of events in June Obsessed: Compelled to Make presents the work of 14 artists from across Australia, delving beyond the finished object, beyond the personality of the maker, into the fundamental conceptual framework of their creations.

Look at the complexities of their materials and processes, the realities of their day-to-day studio routine and unravel what compels each maker to create over the course of their personal career – Why this technique or material? Why that concept? How does the mind of a maker work?

This exhibition explores the act of making through the framework of obsession – how it consumes us, carrying us along in its wake, colouring every aspect of our lives.

With these professional artists, it is their obsessions, and all the associated angst, failures, breakthroughs and milestones, that feeds their productivity and to deliver exceptional outcomes.  The exhibitions runs from May 30 until August 4. Unique, infectious, high energy… like a confetti cannon point blank to the heart. Djuki Mala wow audiences with a spectacular fusion of traditional dance, pop-culture and storytelling that is a marvel of timing, comedy and clowning with a hefty dose of heart and soul!

Their appearances have electrified audiences at major festivals and events worldwide with multiple award nominations and wins alongside huge media interest. Djuki Mala’s performances offer a rare and insightful view into Indigenous Australia, see them at the Ipswich Civic Centre on June 4. The Gulf Western Oils Winternationals is the largest championship Drag Racing event outside of the USA.

The Winternationals is the highest profile event on the drag calendar attracting a huge entry list of over 500 competing teams from all over Australia and overseas. It forms the final round of the 400 Thunder series for every category of Drag racing from Junior Dragster to Top Fuel with Australian Champions crowned at the event.

The Winternationals runs from Thursday June 6 to Sunday June 9 and in addition to great drag racing action, features multiple big screens, interviews with drivers and teams, on screen stories, interactive crowd activities and heaps of action with free children’s entertainment.

Great family value with children 13 and under admitted for free. BrisStyle are back with their signature range of handmade and one-off craft items on June 7.

BrisStyle’s famous Museum Twilight Markets will move inside and be set amongst the exhibitions of The Workshops Rail Museum for this special winter market.

Includes entry to the Obsessed: Compelled to Make exhibition, featuring works from 14 Australian artists and the stories behind their creations, from concept to choice of material and technique. 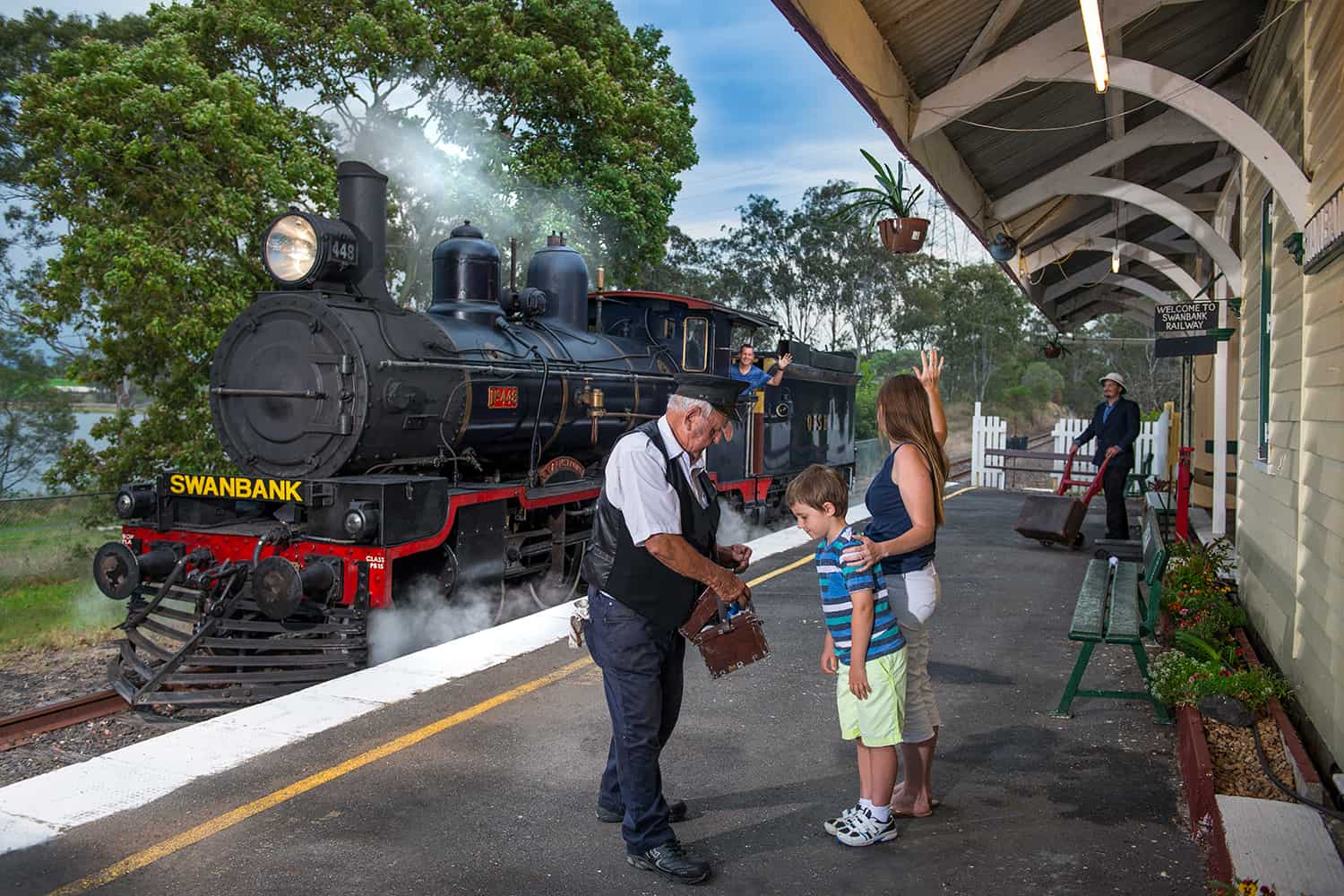 All aboard for an Ipswich train ride with Museum entry included!

Enjoy the interactive exhibitions at the Museum before travelling by charter bus to the Queensland Pioneer Steam Railway at Swanbank for a 20 minute Ipswich Express steam train ride on June 9.

You will then return to the Museum by charter bus to continue exploring the exhibitions for as long as you like.

Your ticket includes Museum entry from 9.30am to 4pm with your choice of two departure times available to book 10.45am and 12.45pm. “Classical music the world over” is the motto of the Chamber Philharmonia Cologne. It is irrelevant whether the musicians are playing in a little village church, in the open air, in Cologne Cathedral or in the Sydney Opera House – their enthusiasm to play music is the same every time.

The Chamber Philharmonia Cologne hand-picks pieces for their program from a wide variety of musical epochs. This sees familiar greats like Wolfgang Amadeus Mozart and Antonio Vivaldi in dialogue with works from people such as Sergei Prokofieff through to the “King of Tango” Astor Piazzolla. This mix promises great diversity of the very highest order, without us having to preach to the audience in the process. After all, music is for entertainment and not for instruction.

Quite simply put: Classical music the world over!

This event accepts companion cards and is wheelchair friendly. Queensland Raceway regularly hosts Friday Night Drift Practice which provides top drivers a chance to test new setups and equipment but more so an opportunity for newcomers and social drivers to see how their car performs – and most importantly how their driving stacks up.

Friday Night Drift Practice is a great social night as they run two drift circuits simultaneously as well as the skid pan next to the Control Tower.  The next one is on June 14. The Ipswich Cup is the largest race carnival in Queensland.

The event features a host of areas to enjoy the racing and social festivities including trackside marquees, 1866 on the Green and Home Turn Corporate areas.

Plus there’s still the areas you love on the infield, which will once again feature many nationally and internationally recognised DJs.

Further, the Beer Garden will once again be pumping for those who prefer the General Public area. Grandstand and Infield marquee bookings are filling up already!

Don’t miss out on Ipswich’s biggest social event of the year – get your friends together now for the 2019 Channel Seven Ipswich Cup on June 15! Back in Ipswich by popular demand, Ezio and Michelle are Australia’s number one husband and wife psychic team. Join them for an inspiring evening of connections to the other side on June 20.

During their previous visits to Ipswich, audiences were astounded by their compassion, warmth, accuracy and detail in delivering messages from loved ones who have crossed over.

The monthly Handmade Expo Market is held at Tulmur Place in Nicholas Street from 8am to 1pm.

They are exclusively handmade/baked/grown along with a few quality crafting supplies for you to create your own Handmade experience.

This is an outdoor market with up to 100 amazing stalls of products and food.

It is free entry and loads of easy access free parking. Come along and join them for a handmade adventure at the market. The Gathering Celtic Festival brings the wider community together in celebration of Celtic music, culture and performance on June 23.

In the spirit of the Royal Edinburgh Military Tattoo, against the historic backdrop of Ipswich, visitors will witness the colour and spectacle of the Queensland Pipe Band Championships, featuring 250 of Australia’s pipe band competitors.

Visitors can also sample Haggis, learn how to play the bagpipes and even participate in the strong man style Highland games, featuring the caber toss, kilted dash and tug-of-war.

Bring the whole clan along and discover Celtic heritage and historic Ipswich at The Gathering at Ipswich Turf Club.

Day Out with Thomas All aboard for a great day out.  The world’s most loved blue steam engine and his friends are enjoying winter school holiday fun at the Museum.

Meet Thomas the Tank Engine and The Fat Controller at Day Out with Thomas from June 29- July 14.

Enjoy Hands-on Thomas activities including craft, colouring-in, games and puzzles. Find mini Thomas on the huge model railway layout. Take a ride around the grounds on a mini train (additional charges apply). Let off some steam before home time in the indoor playground, Nippers Railway.